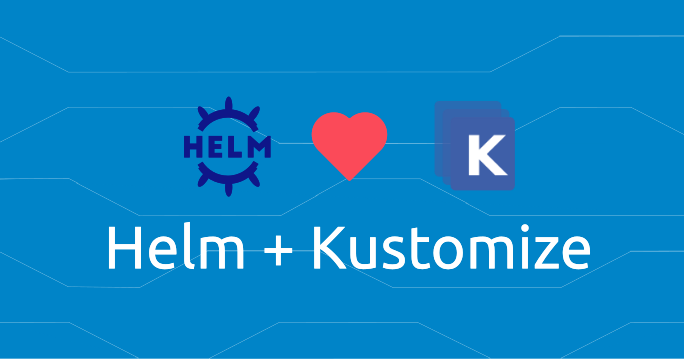 How do Kustomize and Helm Compare?

Helm is an open-source project that was started by Google and has quickly grown in popularity due to its ease of installation and configuration. The goal of the project is “to make building repeatable, reliable, and portable systems easier.” In this blog post I’ll show you how easy it can be to deploy applications with just a few commands!

Kustomize is a tool for templating application deployment, which enables users to customize the way their applications are deployed. It does this by providing an interface that allows you to specify what commands and options should be executed during installation. This blog post will show you how to use Kustomize in order to template your deployment process so that it’s tailored specifically for your needs.

In other words, Kustomize is more of a tool for managing images while Helm offers something akin to templates. However there are many similarities as well such that both offer the ability configure and provision containers with configuration information defined in files rather than code or command line parameters which makes them very suitable choices when dealing specific tasks like deploying an application stack at scale using multiple instances (e.g. microservices) because they allow you do this without having deep knowledge about the Dockerfiles nor getting into the weeds with Kubernetes - all tools are provided with preconfigured option sets from their respective repositories based on your needs/requirements specified in the config yaml.

We’ll discuss what you need in order to build and deploy containers with Kustomize on Kubernetes! Lets go over a few steps that are needed for this process:

Mark Wagner
This site uses cookies. By continuing to use this website, you agree to their use. I Accept